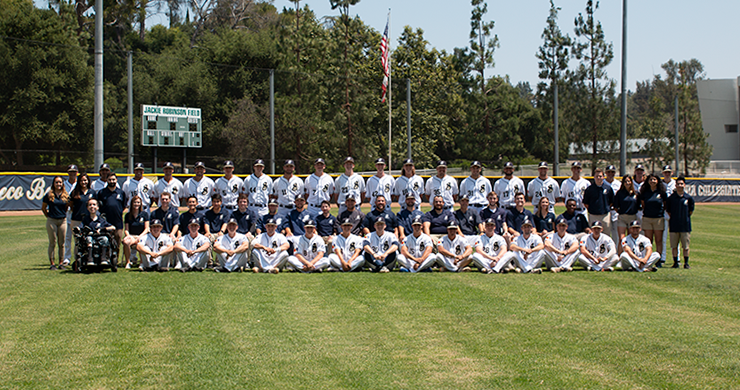 THOUSAND OAKS, CA –  A historic season for Arroyo Seco came to an end Friday night as the Saints fell to the Santa Barbara Foresters 10-9 in the 2019 California Collegiate League Championship game.

In year No. 16 overall as an organization and in just three seasons in the CCL, the Saints earned a playoff spot in the postseason and advanced to the league championship final.

After beating the OC Riptide 12-7 in the CCL Championship Semi-Final, the start of the title game proved to be less than ideal for the Saints. The first half of the game was all Foresters as they scored seven runs in the first two innings of the game–but the Saints would bounce back.

“The moral of this team is it really doesn’t matter what the score is, and they don’t panic, and they just keep going,” said Head Coach Aaron Milam. “I don’t care if it was seven nothing or 12 nothing these guys were going to keep going.”

Trevor Beer (UC Santa Barbra) got the start for the Saints as he pitched two and two-thirds of an inning allowing nine hits while striking out five.

In the top half of the fourth the Saints got on the board as, after a single by Pete Derkay (Tennessee), Jayson Gonzalez (Vanderbilt) hit a shot to left that was just inside the foul pole to give him a two-run home run. The Saints cut the deficit to 7-2.

In the bottom half of the fourth, the Foresters got the runs right back as they pushed their lead back to seven.

The Saints would mount a comeback. Despite being down, the Saints fought back scoring five runs in the fifth. With one out in the inning, Anthony Forte (Richmond) reached on an error and went to second on a single by Morgan Allen (St. Edward’s). With runners on first and second, Drew Cowley (Cal Poly Pomona) hit a double down the left-field line to score two runs. Cowley then scored as Thomas Luevano (USD) hit a double to left-center.

With momentum turning to the Saints’ side, Gonzalez singled to center scoring Luevano for the Saints fourth run of the inning. Soon after, Evan Russell hit a ball over the right fielder’s head for a double scoring Gonzalez.

After five innings the Saints cut their deficit to just two.

After a scoreless sixth, the Saints scored another run as Luevano hit his second double of the game to put himself in scoring position. Derkay hit a double of his own to right-center scoring Luevano from second.

“…I tried to shorten up my swing and drive the ball up the middle and I did that with the first double,” Luevano said. “…I was expecting a curveball and I got it and was able to keep it fair.”

The Foresters scored a run of their own to push their lead back to two.

Heading to the ninth, the Saints were looking to make a late rally. Derkay hit another double and was scored by a single to left by Gonzalez. Gonzalez was moved to second on a fielder’s choice. With the tying run in scoring position, the Saints turned to Nickolas Pagan (Hartford) to pinch-hit. After quality swings early in the at-bat, Pagan struck out to end the game.

Michael Garza (Incarnate Word) pitched three and a third of an inning in relief allowing three runs on three hits while striking out three.

Hayden Harris (Georgia Southern) followed Garza and did not allow a hit while striking out three in two innings.

“For us, we had a really good core nucleus of guys who were with us all summer. They rode the lows and rode the highs and as I told them this summer we going to live and die together,” Milam said. “I think they set the bar for Saints teams to come. This summer you couldn’t ask for a better group…”

A special thank you to all players, coaches and staff for contributing to the Saints’ organization this summer: