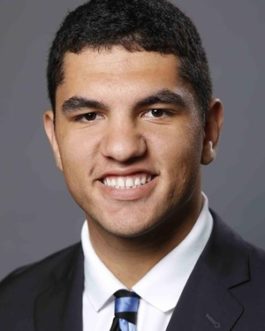 • Emerged as primary contributor out of the bullpen, ranking second on team with 14 relief appearances.
• Posted 4.96 ERA with 18 strikeouts in 16.1 innings.
• Earned first collegiate victory with 1.1 innings of work May 1 at Binghamton.
• Had career-high four strikeouts in two-inning outing April 13 at Harvard.
• Deployed 11 times over team’s final 20 games.

• Made four relief appearances with no record, 3.38 ERA and three strikeouts over 2.2 innings.
• Fanned two in scoreless inning April 24 at Binghamton.

• Trevor Daniel Davis is the son of Mark Davis and Valerie Flores.
• He is enrolled in the College of Arts and Sciences.