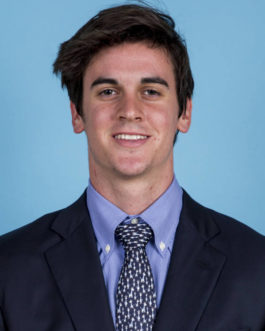 Born September 30, 1998 … Son of Hillary and Dan Post … Has two brothers, Will and Ben … Brother Benji plays baseball at USF … Played summer ball for Garciaparra Baseball Group (GBG), the No. 2 18U team in nation …  Enrolled in Columbia College and plans to major in finance.