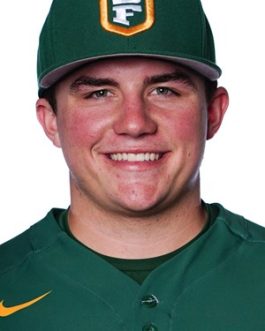 2018 (FRESHMAN): Served as the primary catcher for USF’s first team all-WCC starter Riley Ornido, making 18 starts in 27 appearances behind the plate … Was a strong defensive presence behind the dish, making only one error all season long in 145 chances, throwing out five would-be base stealers and only being charged for one passed ball … Recorded his first career RBI on Feb. 24 versus San Jose State and his first career hit on March 4 versus UC Riverside … Had a four-RBI performance on March 8 versus Xavier thanks to hitting his first career home run – a three-run shot … Finished the year with seven hits, a home run, four runs scored, six RBIs, five walks and a stolen base.