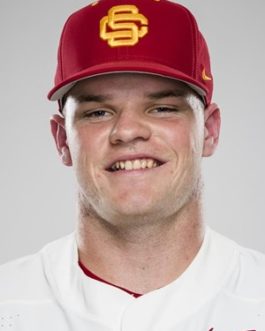 Parents are Jonathan and Ann…Has two brothers, Matt and Mike and one sister, Lizzy…Father Jonathan played tennis at Yale…Lists his biggest sports hero as Kobe Bryant, “because he was always the most prepared and for 20 years did it his way no matter what.”…Lists the toughest person he has competed against as is brother, Matt Thomas…Lists his favorite foods as chicken, eggs and avocados…His favorite movie is Radio…His favorite TV shows are Bones, Blindspot and Modern Family…Would like to compete in the Crossfit Games…Listens to Kanye West, Rihanna and Partynextdoor…Birthdate is May 19, 1997.