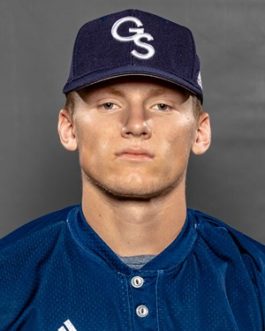 FRESHMAN (2018): Made 21 appearances, all in relief… Finished his freshman campaign with an 0-2 record and a 7.36 ERA in 18.1 innings of work… Went a season-long 3.0 innings against Coastal Carolina (3/29) allowing an unearned run off two hits with a season-high three strikeouts.

PREP: Played four seasons at Grovetown High School for coach Nick Wandless… First student-athlete from Grovetown to play at Division I level… Named to all-region first team three times… Hit .420 as a senior with 15 stolen bases and a .483 OBP… Recorded a 1.75 ERA over 40 innings with 65 strikeouts.