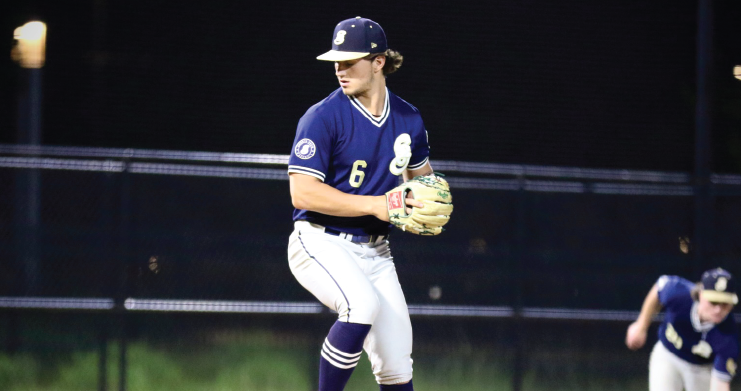 IRVINE, CA — It only took 13 innings, but the Saints beat the Riptide 13-12 in a high-intensity, back-and-forth game at Orange County Great Park in Irvine, Calif.

The Saints' bats were quiet in the first six innings, where the only hit came from Jag Burden (UC Berkeley) with an RBI double past the Riptide second baseman.

The Riptide held a 3-1 lead, but that didn’t phase Saints reliever Kyle Sonduck (UT San Antonio), as he kept the Saints within striking distance.

Sonduck came in at the bottom of the fifth and tossed five strikeouts in three innings. He didn’t allow a single run, keeping his ERA at a flawless 0.00 on the season.

The Saints’ bats came alive in the top of the seventh inning, thanks to three consecutive base-hits up the middle by Connor Bradshaw (Pepperdine), Cooper Elliot (Undecided), and Drew Cowley (Cal Poly Pomona).

Josh Cowden (BYU) capitalized on the bases loaded, as he ripped an RBI double in the center-field gap to tie the game up 3-3. An RBI sac fly for Brandon Bohning (Cal State Northridge) gave the Saints their first lead, 4-3.

The runs didn’t stop there for the Saints. Jonah Sebring (Johnson County CC) came up to the plate and belted a triple into the right-center field gap.

Bradshaw produced another base hit, and Elliot drove the ball to the opposite field to load the bases for Cowley. The second baseman got an RBI base hit, and drove in two more runs to make it a 7-3 Saints lead.

“Milk Man” Cowden crushed a three-run home run, his fifth RBI on the night, propelling the Saints to 10-3 commanding lead.

The game was far from over though, as the Riptide crawled back in the eighth inning to score three more runs.

Cowley answered again in the top of the ninth with an RBI double to make it an 11-6 ball game.

Fino Amador (Cal State Los Angeles) came in to close at the bottom of the ninth, but the Riptide continued to fight back. They scored five runs, but an outstanding defensive gem by Cowley at second with the go-ahead on-base forced the game into extra innings.

The defense certainly did just that. Arroyo Seco played a clean ball game with zero errors.

The Saints finally broke through at the top of the 13th inning with a Bradshaw RBI double up the middle to put them up 12-11. Utility man Elliot added an RBI single of his own down the right-field line to make it a two-run lead.

The Riptide bench was fired up as they scored a run to make it 13-12, but that didn’t faze Dirado on the mound.

“It’s all background noise, I’m used to it at this point coming into those situations. The focus is always there, I just have to go out and do my thing,” said Dirado.

After finishing a four-hour and 42 minute game, the Saints are back on the field again to take on the MLB Academy Barons tonight at Jackie Robinson Memorial Stadium. Catch the action on the Saints Youtube and social media channels.