Saints Take Two From The Catch in Division Play 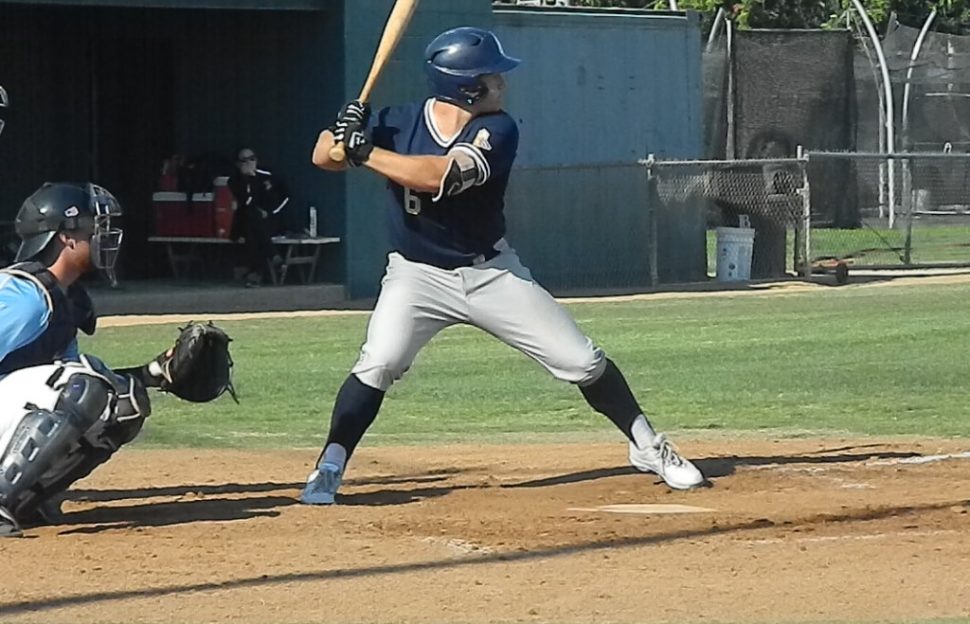 PASADENA, Calif- In the third meeting between the Saints and the Catch this season, with both the two previous games resulting in a no-decision and a win for the Saints; the next two game series would shape the outlook of the division. With the Saints sitting at second and the Catch at fifth, winning these two games would be a matter of climbing the divisional ladder.

With Pitching working for the Saints as of late, they turned to Right-handed pitcher Gordon Ingebritson (Coastal Carolina), the submarine thrower for the Saints went six innings, throwing over 100 pitches and recording three strikeouts. Ingebritson didn’t see any trouble from opposing hitters until the fourth inning until he surrendered a solo homerun, giving the catch a 1-0 lead.

Ingebritson would face his toughest inning in the fifth, where a leadoff double past centerfielder Greg White (North Carolina A&T State University) would eventually put runners in scoring position. White, who would soon recover and throw put a runner at Homeplate, left the door open for Ingebritson to strike out the last batter of the inning. Saints still trailed 1-0.

The sixth inning was where Saints hitters started to hit stride for the first time all game, with a Spencer Mossburg (Lee University) double to bring home Dustin Krob (Dayton University) to end inning at a 1-1 tie.

A new pitcher for the Saints in Quint Robinson (University of Tennessee) would take over in the seventh inning, and with the backing of his defense got a 1-2-3 inning to start his day. Blake Burton continued his dominance at the plate by hitting his fourth homerun in the bottom of the seventh, after being brought into pinch-hit.

Blake talked about his success at the plate after the game, saying “Coming off the bench, they probably didn’t expect me to do much, but heading up there I had a good mentality and had a fast ball up on the plate where I was able to do some damage with it.”

Krob would share his thoughts postgame on what the team has been doing so well lately, and that would be communicating, saying “I feel like everybody is on the same page, we really have a great commodity out here, we pick each other up, everything out here is going really well”

The Saints would look to carry momentum into the next match up against the SoCal Catch the next day.

In the second game of the series, Saints would strike first with a Derek Gibree (Saint Leo University) single, he scored after stealing second on a wild pitch, and a Blake Burton (University of Washington) RBI single. The Saints would lead 1-0 after the first.

Pitcher, Shamon Moss (Georgetown College) would start the game for the Saints. In the first three innings, he would allow one run off two hits. It was the fourth inning, where he faced some troubles. Shay Whitcomb (SS) would score on a double by Steven Garrett (1B). Garrett would be brought home on a single by Evan Sandman(OF), who would then score after two consecutive singles by Mitchell Bumann(3B) and Anthony Seminaris(2B).

Alex Briggs (LIU Brooklyn) would come to the plate next, he would draw a walk to load the bases. Corey Harrell (Graceland University) would pinch hit with the bases loaded and would capitalize to hit a huge grand slam that would give the Saints a 6-3 lead.

“It felt good, I think the best part was giving us the lead, that’s the best feeling about that,” Harrell’s comments on his homer.

Further on in the inning, with two outs, Tyler Durna would hit a single to left to bring Burton up to the plate. Coming into the game, Burton had a home run in every game against the Catch this season, sticking with his momentum and hitting a fourth homerun against them, giving the Saints an 8-3 lead.

“I’ve just been able to see balls left over the plate and turn on those and hammer them,” Burton would comment on his five home runs on the season, four of which were against the Catch.

Gabe Golob (New York University) would come in to pitch in the ninth inning after Friend’s strong performance, despite letting up 2 additional runs, that would not be enough for the Catch to rally a comeback and they would fall to the Saints 10-3.

The Saints next game is scheduled on July 1st at 1:05pm against the OC Surf.