Saints Score Early, Pull Away Late to Knock Off Barons 8-3 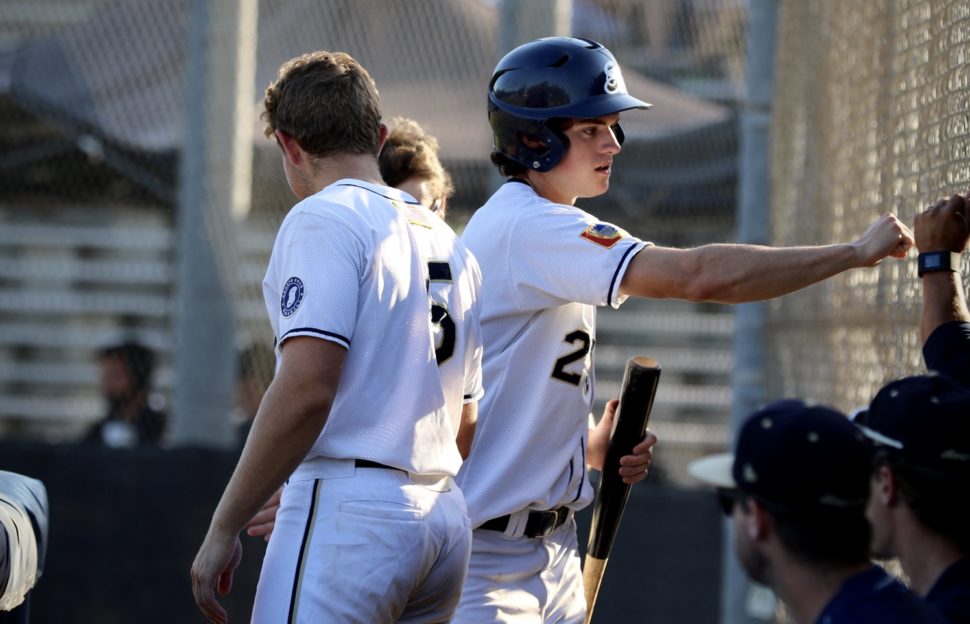 PASADENA, CA - There would be no late inning shenanigans on Wednesday night, much to the delight of the Arroyo Seco Saints.

Arroyo Seco's offense kept the momentum going from the late hours of last night. After scoring 12 runs in the last seven innings Tuesday, the Saints picked up right where they left off and pounced on Barons pitcher Chase Chatman (Florida Gulf Coast).

The two hottest Saints struck like lightning again in the first. Connor Bradshaw (Pepperdine) stepped up again with a lead off double, raising his average to .421 in league play this summer. Drew Cowley (Cal Poly Pomona) got him home with a double of his own, and later scored on an RBI single by Peyton Lewis (Texas State), giving the Saints a quick 2-0 lead.

The Barons weren't phased by the Saints quick offense, coming back with one in the 2nd and one in the 3rd against starter Merek Sears (Washington State). Sears did well to limit the damage, stranding Barons on base in the second and third.

Chatman settled in nicely after the first, allowing only one base runner in his next two innings. He and Eldridge Armstrong (San Diego State) combined to take down the Saints quickly in the middle innings.

Sears matched the two of them, retiring the final six batters he faced in what felt like five minutes total. Tommy Hannan (Cal Berkeley) came in for the sixth and seventh, showing off all his pitches while tossing two no-hit innings and only allowing one base runner, who reached on an error.

“Everything felt good today," Hannan said. "I think the big thing for me was really just taking my time, preparing for the outing. I really made sure to stretch well, get loose in the pen, and make sure I had all my pitches in the bullpen and try to bring that out onto the mound.”

Tied at two, the Saints got hot in with two outs in the 6th. Lewis lined a double down the right field line for his second hit of the game, putting Brandon Bohning (CSU Northridge) in position to be the first hero of the night. He stepped up and hit a laser into left center field, giving the Saints the 3-2 lead.

Similar to last night, Arroyo Seco got their insurance runs in the eighth inning, this time without any extra-base hits. They scored five runs on three hits, two walks, a hit-by-pitch and three wild pitches.

Although the Barons got one run in the ninth, Daniel Ritcheson (San Diego State) found the zone and pitched his way out of a small jam to end it.

“I think one big thing is just that we’re all getting to know each other better, spending more time together," Hannan mentioned. "Other than that, were just starting to focus a little more outside of the game and making sure to get our good reps in the bullpen.”

The Saints will play tomorrow night against the Santa Barbara Foresters here at home, with the first pitch scheduled for 6:05pm.