Saints Rally in the Bottom of the Ninth, Fall Short to Oaks 5-4 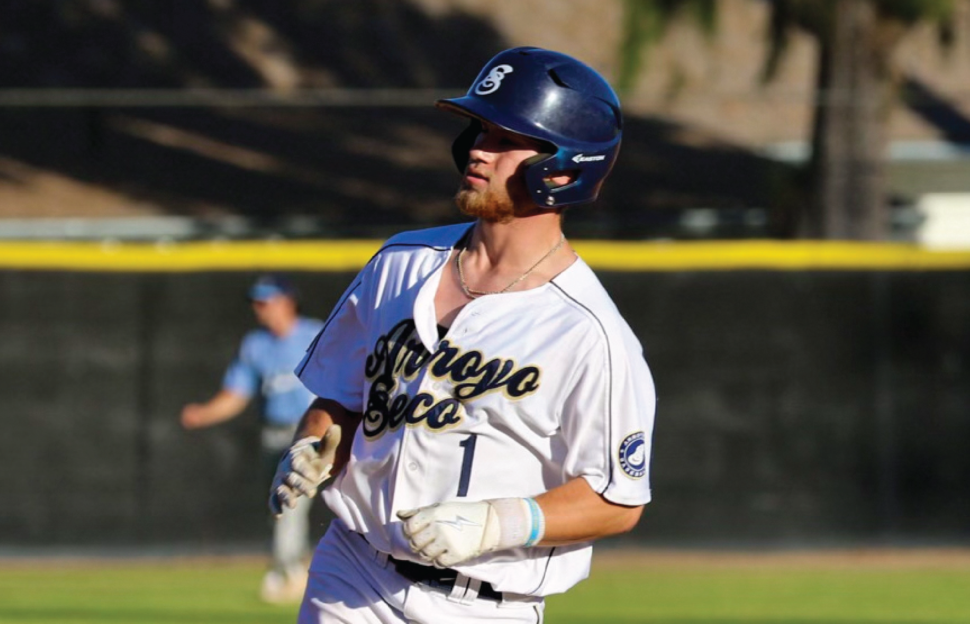 Andross pitched a one-two-three inning to start the game for the Saints, including one strikeout.

The Saints didn’t waste any time in the batter’s box, as Connor Bradshaw (Pepperdine) swung on the first pitch and doubled into center field. Peyton Lewis (Texas State) hit a sacrifice fly to score Bradshaw, putting the Saints up 1-0.

The Oaks answered right back in the top of the second inning, thanks to a base hit and a double that tied the game up 1-1.

A Saints defensive error allowed a run for the Oaks, putting them up 2-1 in the top of the third inning.

Bradshaw delivered yet again at the plate, drilling a home run into center field to tie the game up at 2-2.

The Oaks still battled back offensively, scoring another run in the top of the fourth inning to give them a 3-2 lead.

Tommy Hannan (UC Berkeley) came in to relieve at the top of the fifth inning. Hannan threw a four-pitch walk, and had two passed balls that scored a fourth run for the Oaks. Hannan settled down after that, striking out three consecutive batters to get out of the inning.

The Saints continued to chip away offensively, as Drew Cowley (Cal Poly Pomona) hit a standup double to left field. Lewis hit another sac fly to advance Cowley. Josh Cowden (Brigham Young) roped an RBI double into left field to put the Saints within one run.

John Chomko (UT San Antonio) came in at the top of the seventh inning, allowing one run and three strikeouts. The Saints trailed 5-3 heading into the bottom of the ninth.

Cobb went 2-2 on the night, with a base hit, a home run, two walks, and a stolen base. He credited his success at the plate to the adjustments he made before the game.

“I was lunging out a little bit, and had to make an adjustment,” Cobb said. “I started doing this drill where I step back instead of lunging out and it helped me stay back and rotate.”

Saints’ hitting coach Connor Spencer said the momentum shift in the bottom of the ninth helped the guys rally behind each other, but emphasized the grind of the entire season.

“Even in the ninth if we get that final clutch hit, and don’t trip coming around third base, we still didn’t play a sound ball game,” Spencer said. “Moving forward, we really have to clean up the mistakes if we want to continue in the win column.”

The Saints head to the MLB urban Youth Academy to take on the Barons tomorrow, with the first pitch at 6 pm PST. Follow the action on the Saints Youtube and social media channels.