Saints Answer Back But Foresters Prevail 9-3 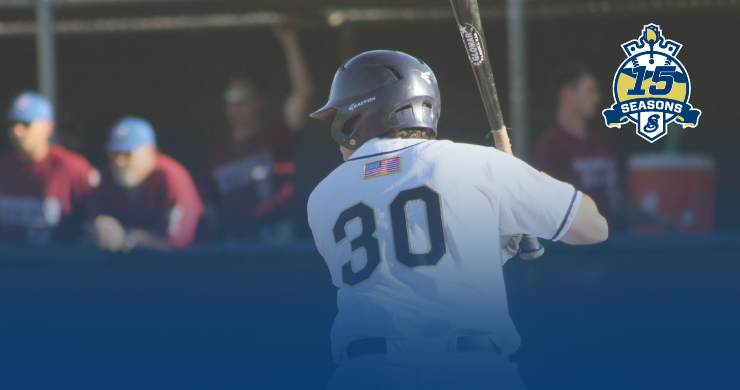 PASADENA, CA – First place and undefeated Santa Barbara came into Brookside park with the top ranked offense in the CCL and sub-2 ERA, and showed why as the visiting Foresters averaged 10 runs per game while holding a Saints the second-ranked Saints offense to a full two runs below their season average.

With the game tied 1-1 in the top of the third, the Foresters loaded the bases against Saints starter Colin King with a double and two walks, and immediately brought all the runners home with the next batter hitting a long grand slam to right field to give Santa Barbara a 5-1 lead that increased to 6-1 on an RBI groundout in the fifth inning and to 7-1 on an single in the seventh.

Trailing 6-1 in the bottom of the sixth, Arroyo Seco rallied for three runs. John Thomas and Roy Verdejo  started the rally with back to back one-out singles and were immediately brought home by a Mitch Kerner double and a Nic Lacayo sac fly that pulled the Saints to within 6-3.

Late in the game against the normally sound Saints bullpen, Santa Barbara padded to their lead with a fifth extra base hit in the game. This time, it was a two-out double in the top of the eighth doing the damage and plating two runs gave the Foresters a 9-3 and put the game out of reach.

For the second game in a row, Arroyo Seco faced an early deficit and trailed 1-0 after the top of the second, but this time the Saints answered back in a hurry.  Two singles and a walk loaded the bases for the Saints in the bottom half of the inning, and the next batter, Cameron Briggs followed with an RBI groundout tie the game 1-1.

“The Foresters have some really good arms, and I thought our guys worked some decent counts and were able to get on base. I think we are still in too much of a press mode and not necessarily going with what they [Foresters pitchers] are giving us.

“We are in week two, and it’s time for these guys to understand their process – what they need to do to prepare for the game, what they need to do during the game to be consistent and be able to find ways to win. I don’t want this to turn into a win at all cost mentality, these guys have had long college seasons and have things they need to work on. I want them to be comfortable to be able to work on those things but at the same time do what needs to be done for the team to come out victorious.”

“With runners on base, it’s always tough, but I had a good coach that taught me that in those types of situations you’re the one who is actually in charge. The pressure is on the defense, so you just have to take your approach, take your nice easy swing, and just see a pitch and hit it. It’s really that simple I think.

“Start a new streak tomorrow. Me personally, I am just trying to prepare and get ready to play, and if my number is called upon, go out there and do my best again.”

The Saints hit the road on Thursday for a single game to take on the Ventura County Pirates on a non league matchup for the first of three road games before returning home to Brookside Park on June 19th to take on the Orange County Riptide in a CCL game.