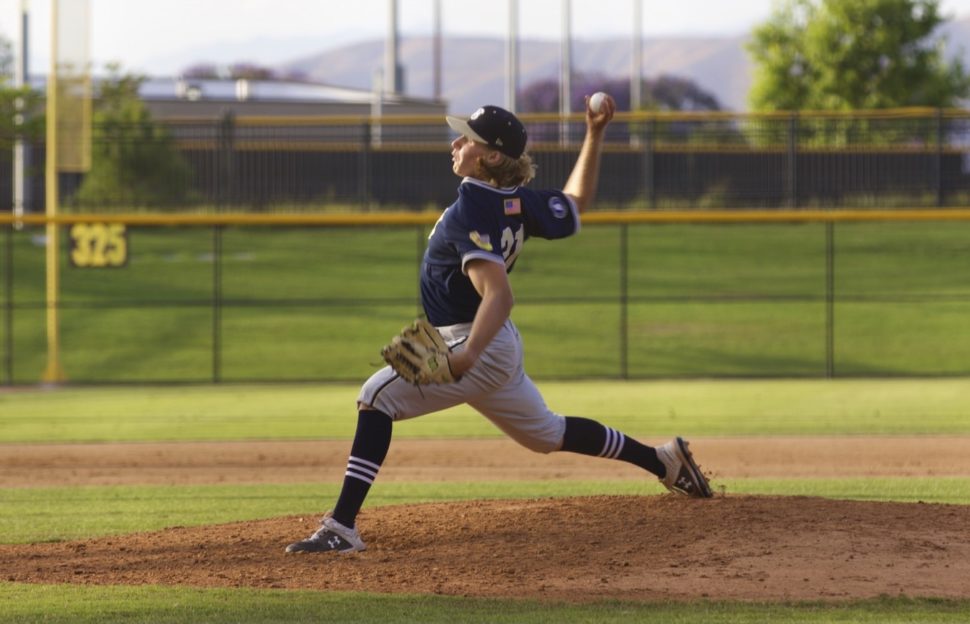 IRVINE, CA – After dropping a weekend series in Palm Springs, the Arroyo Seco Saints overpowered the OC Riptide 14-4 in their first divisional matchup of the season.

Offensively, left fielder Josh Cowden (Brigham Young) led the charge with 4 RBI on a 3-5 night. On top of 12 hits, the Saints drew 11 walks, displaying a good eye at the plate in the dominant victory.

“I’m really proud of our hitting as a whole today. We were really patient at the plate, and swinging at the pitches that they had in their zones,” Saints’ hitting coach Connor Spencer said.

The Saints showed that discipline in the box from the get-go, with three of the first four batters getting on base via free passes.

With the bases loaded, Cowden gapped a single to right to put the Saints up two. Catcher Peyton Lewis (Texas State) came home off a throwing error the next at bat to make it 3-0.

Even with a three-run cushion, Hansen was laser sharp. The Shocker struck out the first three batters he faced to start his night.

The walks kept coming for the Saints at the top of the second, as Riptide starter Mikal Ashley walked four in a row to give the Saints a 4-0 lead. With the bases loaded again, this time it was right fielder Jag Burden (UC Berkeley) who stepped to the plate and drove in two runs.

Two at bats later, Cowden notched his second hit and third RBI of the night, giving the Saints a 7-0 lead after two innings.

The Saints offense slowed down a bit after that, but Hansen kept on cruising through the Riptide. Through three innings, Hansen pitched perfect ball, striking out seven of the first nine batters he faced.

The righty showed he was human in the fourth, allowing three hits and one run, but managed to strike out one more batter before his night came to an end.

“I got a little tired in the fourth inning,” Hansen said. “We’re just building up the stamina so I can continue to pitch well further into the game.”

With the Riptide showing signs of clawing back, the Saints brought down the hammer. The top of the fifth started with a Cowden single and went through the entire order before ending the inning with Cowden again.

Kyle Sonduck (Texas San Antonio) came in to relieve Hansen, and the strikeout party continued. The righty picked up four strikeouts across the fifth and sixth innings.

Lewis hit an RBI single in the seventh, and the Riptide added three more runs at the bottom of the frame to cut the Saints’ lead to nine. Derek Yoo (Columbia) struck out two in the eighth to get the defense back under control and retain the big lead.

To cap things off in the ninth, Cowden hit a sacrifice fly to score one more for the Saints, and reliever Fino Amador (Cal State Los Angeles) took care of business to secure the victory.

The Saints will host the San Luis Obispo Blues tonight at 6:05 pm at Jackie Robinson Memorial Field at Brookside Park.

“Good to get the first (division win) out of the way,” Spencer said. “Tough season, tough schedule to come, so we gotta keep grinding as a whole.”